A nerd's progress on learning Chinese (for no practical reason)

Once a nerd, always a nerd. 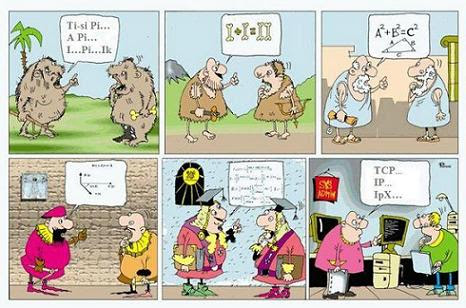 An infrequent progress report. These days I could probably pass HSK5 and am thinking whether it's even worth continuing doing these HSK tests. They are so geared towards students planning to study and get their first job in China (har har) that they are not very useful in assessing overall language proficiency. I've heard good things about TOCFL, yet again it is likely very much geared towards future students in Taiwan. We will see.

After finishing Integrated Chinese I moved on to Reading Into a New China and have just started the second volume. With a bit of ChinesePod sprinkled in, my least developed area is probably writing. Language production is always less developed than comprehension, and wrt speaking - I don't have that much of a desire to develop eloquency in spoken Chinese, at least yet! Plus a few hours a week online with a tutor, who doesn't focus on speaking either, but we talk nearly exclusively in Mandarin, sort of help.

I'm thinking what to do about writing, other than the obvious - write a lot. The trouble is, the stuff I can write is rather limited in vocabulary (according to Anki, my passive vocabulary is just under 4k words and 2k characters) and will end up being like a first grader diary :D With a lot of mistakes, naturally.

Perhaps sticking to reading as much as I can will be the best for the next (half?)year. While flipping through talks by Steve Kauffman I saw him mentioning a few nice, though old, readers e.g. Intermediate Reader in Modern Chinese and Twenty Lectures on Chinese Culture. In traditional characters (I'm not looking for an easy way out hah)! The thing about most modern Chinese readers that I don't like is they are extremely utilitarian, especially all textbooks published in mainland China itself. Not only they (China-published books) stick to the repertoire of "read text, memorise the list of words, fill in these blanks", but also the topics of their texts are largely grouped around "how wonderful it is for a foreigner to study and work in our great country". Blergh. Princeton readers and many recent Cheng-Tsui's books are more palatable to me. Plus I'll probably have to learn a bit of traditional charset for the old books above.

So those are on the to-(try to)read list. Plus tentatively Classical Chinese (in simplified, thank gods). Classical more because the further I get away from beginner-ish dialogues, the more I realise how much of modern written Chinese is rooted in 文言文. No matter the charset.

Oh and why I even started writing this post: I wanted to share my nerdy Anki model for Chinese cards. Here it goes - it started with stock Chinese Support model but grew a bit over last year. It's not beginner-friendly and has some minimal Russian language usage. I find some Chinese words and sentences make more sence when translated into Russian than into English. Probably a native language bias.

Here we go:
Front
Styling and
Back.

An update re Anki - I'll probably stop using it soon, other than for drilling HSK before tests. Time to switch to just reading, it becomes a waste of time - an hour each day. Some stats:

Back from dead, and possibly a Chinese zombie - argh!

I wouldn't call this "back" exactly though. Re-emerging with a completely non-infosex related topic after a year of learning Chinese (Mandarin, or 普通话, strictly speaking). Also, no links here - use Google if you are a curious type.

After a year of lazy (I was somewhat busy for half of 2015 first nearly dying and then recovering from an acident) learning and another year of studying reasonably seriously I'm at HSK4 level. Which isn't really as much as advertised, but that's a separate topic.

This motivates me to wax philosophical a little. Given all my applications of "trial and discover" method, I am certain that there are few to none language-specific tricks to learning Chinese. All of such advice can be applied to, or rather derived from, learning of other languages.

That is, all language learning is essentially the same - a lot of practice and repetition, preferably a long-term immersion. I've learned a few (human!) languages to various degrees of usefulness in the past, and it always worked that way.

Chinese is especially difficult because of
On the last point - it depends on your mother tongue, with English speakers being hit the heaviest among major IE language groups. At least, complaints in English are the most vocal! Thank gods I'm a native Russian speaker and, intriguingly, there are some concepts that are sort of common with Chinese - e.g. verbal aspect (~了) is not an entirely alien concept; "verbal complements" in Mandarin correspond to verbal prefixes in Russian, and so on.

Chinese-specific trick or two I learned are all related to writing: Learn writing of some characters, maybe a few hundred (but prioritise using pinyin IME), and learn the most common 150-ish radicals - this will make learning characters easier. Skritter is nice, partially because they record the state of all characters you ever learn, no matter whether you add or remove lists you're studying from.

Reading and listening comprehension - well, read and listen a lot; maybe prioritise learning words over single characters they consist of (not sure about the latter though). Zhongwen is a good Chrome plugin and ChineseGrammarWiki is a good online grammar.

Speaking - the same. Find a tutor, there are tons online, eg. on iTalki. A good piece of software to visualise tones is SpeakGoodChinese (or Praat, which it is based on).

That plus all of the generic language learning advice like "you learn what you practice", "find the group/book(Integrated Chinese for me)/method that works for you", "use SRS(Anki) if it's your thing". And motivation, which is the key with any learning.

好好学习天天向上, in short!
Posted by Vitaly Osipov at 1:04 am No comments: